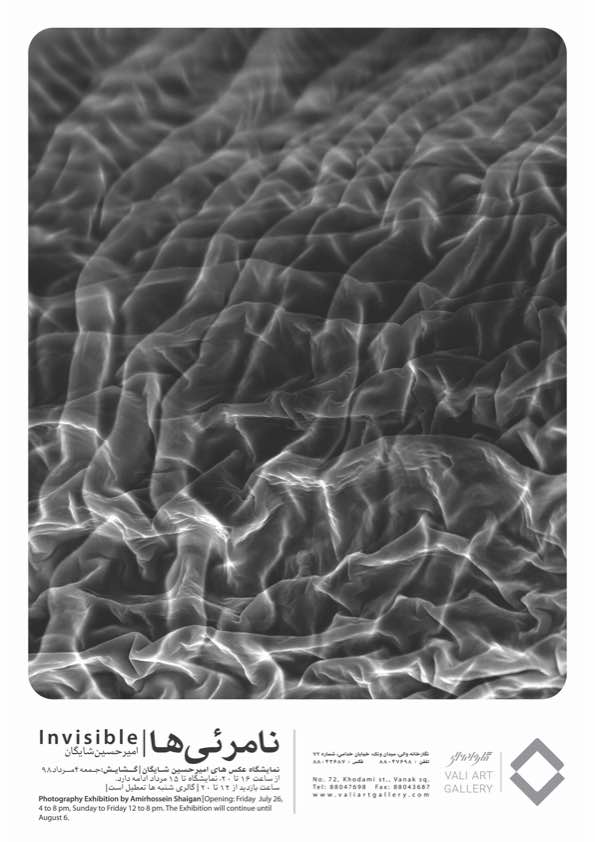 The stars of nature are the experienced philosophy of this photographer.

More than Macrographer, Amirhossein Shaigan love a nature which loves poetics. Within he recording the soul of hid memories is formed not only by living the nature, but also uniting with it in an attempt to discover something invisible. Such spiritual journey has made him into artisans enchanted by the nature. The owe it to his father.
For a naughty kid, however, uniting the nature might lead to discover little unknowns demanding running and travelling long distances and threading on a vast scale of rhea earth. Yet, the father guides him to a more limited scale proportionate to his age.
The first lesson from unification with the nature: Getting you find the spirit of the nature which will not diminish through time even by death. Amirhossein takes the first step, and the camera becomes a tool to record it. Discovering the spirit of the nature makes him believe that there exists the whole nature within the most detailed parts of it, and every part makes a repetition of the whole which is not visible by one's eyes. Parts are defined by the whole, and the whole is the repletion of parts which embodies the entire whole. The Faulkner's ring becomes more complex, and we enter from the end and return. As photographer has put it the most simply: " Whatever is visible in nature, enjoys the smallest pattern possible which is unknown to us". What makes the present collection interesting is choosing of the subjects which are naturally dead and lack any spirits. For doing so he asserts that such approach has been chosen to pay his tribute to the nature. However, the footprints of what has guided him to such approach is evident: Discovering the spirit of life which will survive even after death
Nina Onsori